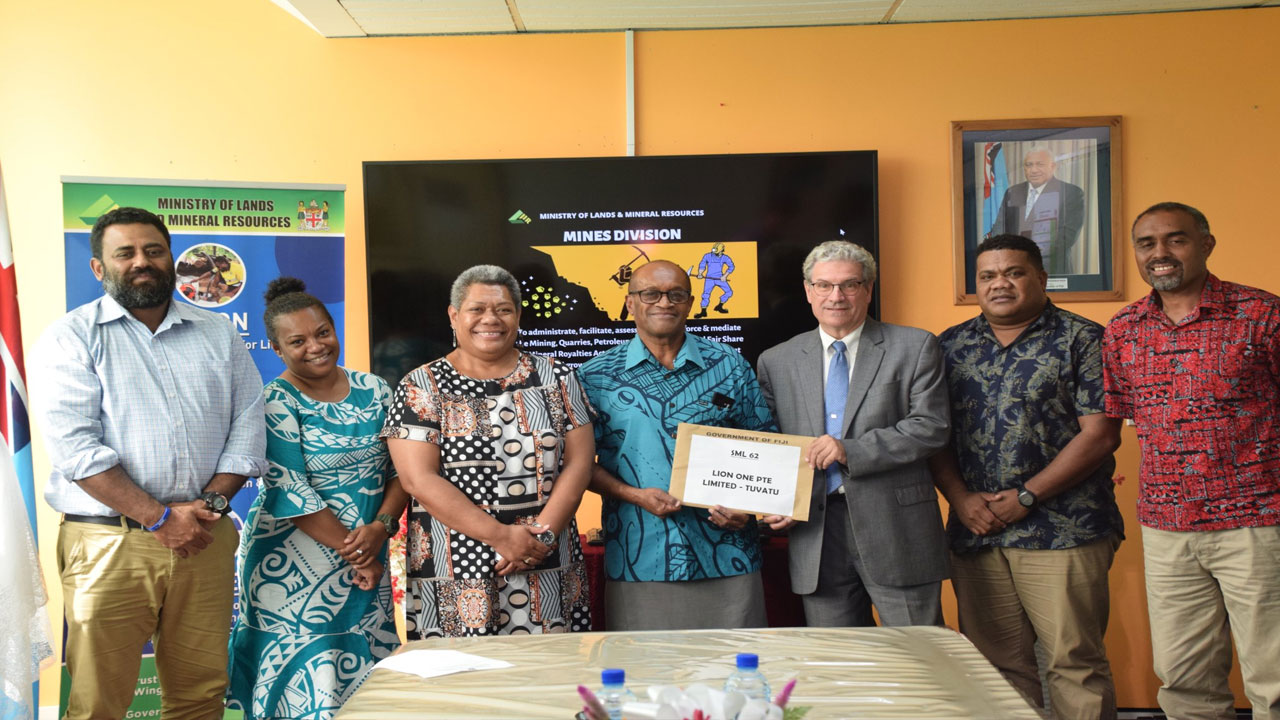 Lion One Private Limited is expected to inject around $100 million in capital investment to complete the development of the mine and start its first gold pour by the last quarter of next year.

Minister of Lands and Mineral Resources, Jone Usamate, today handed over the renewed Special Mining Lease 62 to Lion One for a further 11 years from the expiry date of the current lease.

Initially, Lion One obtained the license in 2015 for a term of 10 years.

The article continues after the ad

According to Usamate, in the initial 10-year period, Lion One Limited invested over $140 million in exploration drilling and development or construction of the mine for mine production.

He says Lion One has expressed interest in extending its mining lease, given its confidence in achieving a rate of return on investment that justifies further investment in the Tuvatu gold project.

“The level of investment being made truly reflects the capital-intensive nature of mining development and mining and is also a sign of investor confidence in investing in Fiji, which will aid in the economic recovery of Fiji. country and will also enhance the mining sector’s contribution to Fiji’s GDP.

Usamate adds that this significant investment will also allow the company to continue its extensive mineral exploration drilling program to improve the geological confidence of the mineral resources in the mining lease area and also in its special prospecting licenses.

He says this will bode well for Lion One in building its mineral resource base and subsequently extend the mine life of the Tuvatu Gold project.

Your questions – Income tax: No capital loss on delisted but not extinguished shares