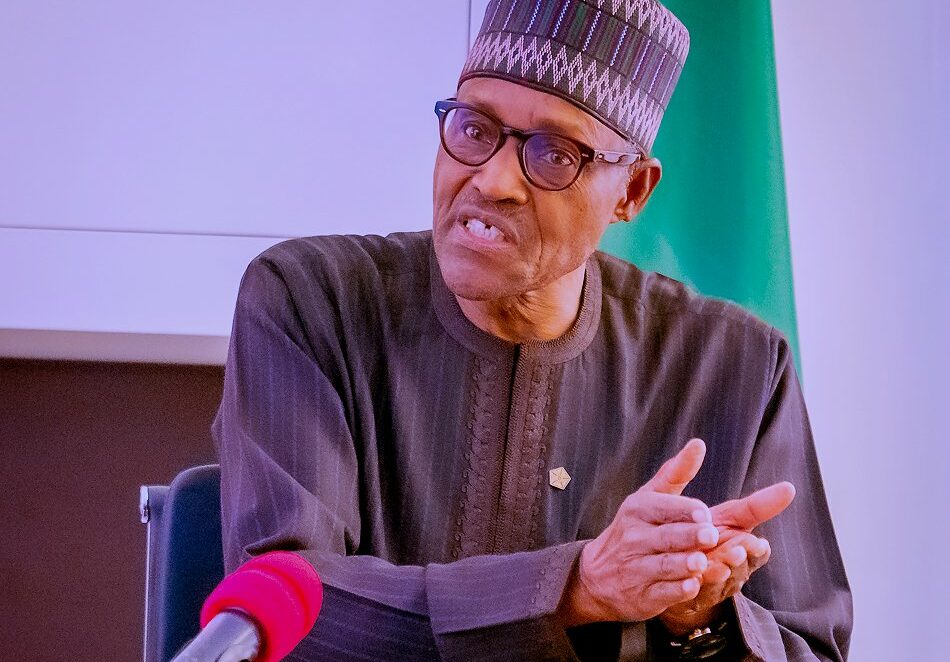 Nigeria’s low cost of capital at the start of 2022 means 3 trillion naira has been borrowed for wages, others

The Nigerian government has borrowed more than 3 trillion naira to cover non-capital expenditure in the first four months of 2022, a record that covers salaries, government running costs and even debt repayment , according to a PREMIUM TIMES analysis of government spending data.

The government, in its fiscal performance report for January to April, said the spending target for the period was N5.77 trillion, while actual spending as of April 31 was N4.72 trillion. naira.

A breakdown of actual spending in the quarter shows that N1.94 trillion was for debt servicing, N1.26 trillion for personnel costs including pensions. The rest went to statutory transfers, overhead and debt service.

Only a meager 773.63 billion naira has been spent on capital projects – expected to include everything from roads to bridges, railways and school and hospital buildings, projects that affect the whole Nigerians.

Government retained revenue during the period was only N1.63 trillion, out of a target of N3.32 trillion, bringing the gap between actual expenditure and revenue to 3.09 trillion naira.

The new report therefore shows that rather than borrowing to invest in the country’s human and infrastructural needs, the government has continued to borrow to finance consumption, offset overhead costs, pay pensions and pay related recurrent expenditures. This is contrary to globally recognized fiscal advice that borrowing should be channeled into capital spending.

Nigeria largely operates a consumption-based, rent-seeking economy with a fiscal and constitutional framework that engenders consumption, deepens poverty and elevates misery among its estimated 200 million people.

Over the years, experts and political analysts have warned of the danger of borrowing for consumption, as it weakens the country’s fiscal position and increases debt management risks.

According to a 2021 debt sustainability analysis, the DMO said the country’s debt profile is moderate risk and sensitive to shocks such as market perception, share of debt held by non-residents and debt denominated in foreign currencies.

In July 2020, amid growing concerns over Nigeria’s debt profile, Minister of Finance, Budget and Planning, Zainab Ahmed said that the dual reality of the COVID-19 pandemic and the decline in the oil prices on the international market made it inevitable for Nigeria. to continue to borrow from external bodies.

Speaking at a webinar hosted by the Nigerian Economic Summit Group, the Fiscal Policy Roundtable and the Tax Investment and Competitiveness Policy Commission, she said that before the global health and economic challenges, Nigeria was grappling with low income. She added that the crises had put the country in a difficult situation, which had made it difficult for the government to meet some of its obligations.

“We had to deal with low income even before the pandemic. We had high debt, weak infrastructure base, low human capital, and low incomes that depended heavily on foreign currency from oil. So there are a lot of things that we like to do that we can’t do,” she said.

“Due to the global economic slowdown and income concerns, we expect GDP to contract in a best-case scenario of around 4.4% and in a worst-case scenario it could be around 8. % or more. .

“We are in a very difficult situation but we are trying to manage this because if nothing is done, up to around 21 million jobs could also be affected by the impact of the pandemic. So with all these statistics, we cannot stress enough the importance of increasing income.

Ms. Usman listed some key government programs designed to grow the economy and engender development, adding that there is a need for the government to mobilize external finance for the implementation of the proposed programs.

“To achieve all of these goals, we will need to continue mobilizing external finance and seek debt relief,” she said.

“We continue to engage with multilateral agencies and donors to access additional funding for the crisis response, we are asking official partners for a moratorium on some of the loans we have, and supporting arrangements to ensure debt relief. commercial debt”.

In an opinion piece published in 2019, Mr Abubakar noted that it is frightening that “Nigeria has incurred almost as much external debt in the past three years as it had incurred in the thirty years to 2015. combined. He warned that “endless borrowing will lead to endless heartache”.

In his remarks, Abubakar urged the government to create an enabling environment for businesses to thrive, rather than resorting to “endless borrowing”.

He wrote: “Rather than borrow heavily, what Nigeria needs to do is restore investor confidence in our economy. Key to this is respecting the independence of key institutions, such as the Judiciary and the Central Bank of Nigeria. These two institutions are now the captives of Buhari and his cabal, and though they are loath to admit it, they cannot take a step without watching their backs.

Speaking in an interview in April, Mr Obi said the nation would rather starve than borrow to finance consumption.

“Nigerians will know the reasons for borrowing and it must be borrowed for production,” he said in response to questions on borrowing and debt.

“No one will spend a kobo or a dollar of borrowed money for consumption, instead we will all starve. That’s why I told everyone there was nothing left to share, we must rebuild this country for the future of our children.

Last August, during the 2021 Annual Meetings of the African Development Bank Group, the Director General of the World Trade Organization (WTO) and former Minister of Finance, Ngozi Okonjo-Iweala, the President of the African Development Bank (AfDB), Akinwunmi Adesina and the Governor of the Central Bank of Egypt (CBE), Tarek Amer, and other regional economic players have expressed their concern over the increase in national debts in Africa.

Experts have warned that African countries are at high risk of falling into the debt trap as debt servicing becomes a major burden on these economies.

Support the integrity and credibility journalism of PREMIUM TIMES

Good journalism costs a lot of money. Yet only good journalism can guarantee the possibility of a good society, an accountable democracy and a transparent government.

For free and continued access to the best investigative journalism in the country, we ask that you consider providing modest support to this noble endeavour.

By contributing to PREMIUM TIMES, you help sustain relevant journalism and keep it free and accessible to everyone.